Everybody knows that it is easier to sell to existing customers than it is to acquire new customers. A good segmentation of your markets is one of the keys to successful new customer acquisition. Proper segmentation makes all stages of the sales and marketing pipeline more efficient and more effective by identifying sweet spots. Focusing on sweet spots lowers acquisition cost and increases customer profitability.

The approach for segmentation that we cover in this article assumes that past success in the market is the best predictor for future success. So, if you can identify successful segments, that success can be replicated in the market by acquiring similar customers. Replicating success is the fastest way to grow your business. Of course, this approach may discount segments that are underperforming for you but are doing well for your competitors, but you’ll be free to focus on those most likely to provide fast results.

Before analyzing segments, it is important to understand how to measure success at the account or customer level. Most distributors measure account success based on gross profit or gross margin percentage. While using gross profit is clearly better than using revenue as the key metric, it completely excludes any indication of cost-to-serve (CTS), which is the most significant element in predicting profitability. Cost-to-Serve includes all of your operating expenses and sales compensation which both vary significantly by customer and by segment.

At the account level, there are two better measures of success:

The reason to use either of these metrics is that gross profit and net profit are often very poorly correlated. (Figure 1) NBC and gross margin for about 1000 accounts of Acme Distributors (a real distributor focused on the building materials market. Its name was changed for this article.) The horizontal axis shows gross margin percentage and the vertical axis show NBC percentage. Most of Acme’s accounts have 20 percent to 40 percent gross margin. Yet, there is no correlation between gross margin and NBC as the NBC ranges from 40 percent down to minus 100 percent.

So, the bottom line about gross margin is that it’s an unreliable approach to measuring success at the account level. Either NBC or net profit is a much more relevant and reliable metric, although we prefer NBC because over net profit because it also avoids the analytical distortions introduced by the vagaries of sales pay.

In the next section, we will see how NBC can be used to segment your market for customer acquisition.

There are many ways to segment markets. We use firmographic variables such as line of business, customer revenue, number of employees, etc. The measurement of success at the account level can also be applied to identify sweet spot market segments.

But, there are clear differences between the segments that should be noted when acquiring new customers. The table below provides a description of each of the segments. Based on NBC % and Total NBC, the Painting, Plumbing/HVAC, Carpentry, Nonresidential, Concrete, Operative, and Residential segments are attractive. The Electrical, Industrial, Plastering, Single family, and Masonry segments are either too small or the NBC % is too negative.

Based on this data, Acme Distributors should focus its customer acquisition efforts on the attractive segments as defined by this data â€ not by simple gross profit or gross margin percentage. In addition, it should also seek to understand why the five segments are unattractive, especially Single Family since it is such a large segment. Acme should determine whether the unattractiveness of those segments is something structural about the segments themselves or whether the issue is how Acme serves those segments.

NBC and net profit are the most relevant means for measuring success at the account level. When used with firmographic data, it forms a powerful basis for market segmentation. Targeting the right segments for new customer acquisition will have a dramatic effect on profitability since the profitability of individual segments varies so widely.

In our experience, while there is some additional effort to capture and gather these costs, it is nominal compared to the prohibitively expensive techniques in, e.g. Activity Based Costing. The increased profitability of our approach significantly offsets any additional cost. 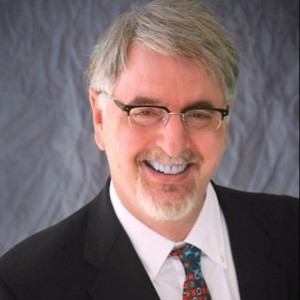 Jonathan Bein, Ph.D. is Managing Partner at Distribution Strategy Group. He’s developed customer-facing analytics approaches for customer segmentation, customer lifecycle management, positioning and messaging, pricing and channel strategy for distributors that want to align their sales and marketing resources with how their customers want to shop and buy. If you’re ready to drive real ROI, reach out to Jonathan today at [email protected].